As a child I loved the Mother West Wind Stories by Thornton Burgess.  At the time I was not aware of the social commentary going on in the tales of these animals.  As an adult I found many references to topics like hunger.  I made this artist-book based on four of those references.

You can click on each picture to see an enlargement.

The book is meant to be experienced (like a cabinet of curios) as well as read. 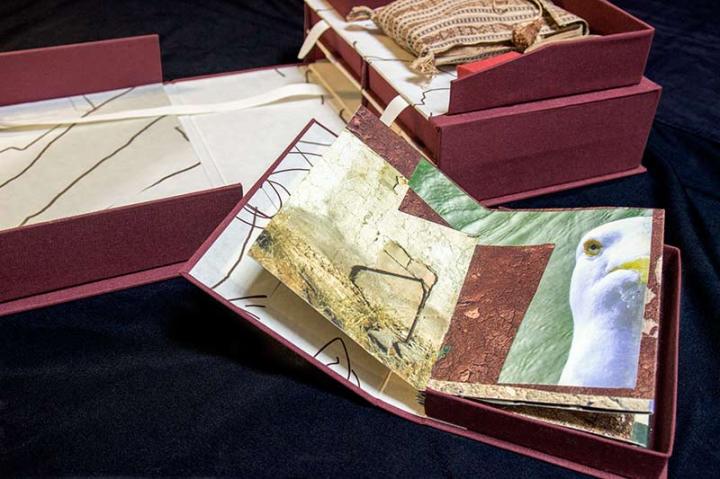 Incorporated in The Hunger Curios are four smaller books of collages with quotations from Burgess’ work.

It is important to me that my book not be an illustration of Burgess’ work.  It is more a visual rumination based on some of Burgess’ thoughts. 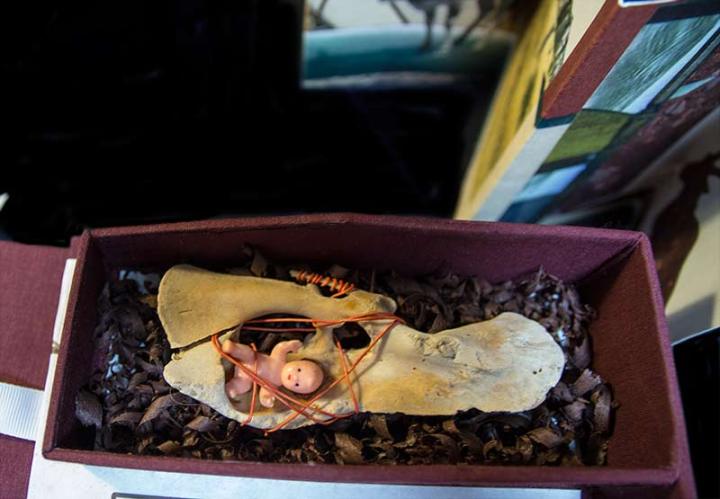 As a digital artist, I find that I do not want to abandon the old ways.  Curious fact:

So while digital refers to counting on the fingers and toes, it can also mean something that you make with your fingers (and – presumably – your toes).  I feel at home in either world. 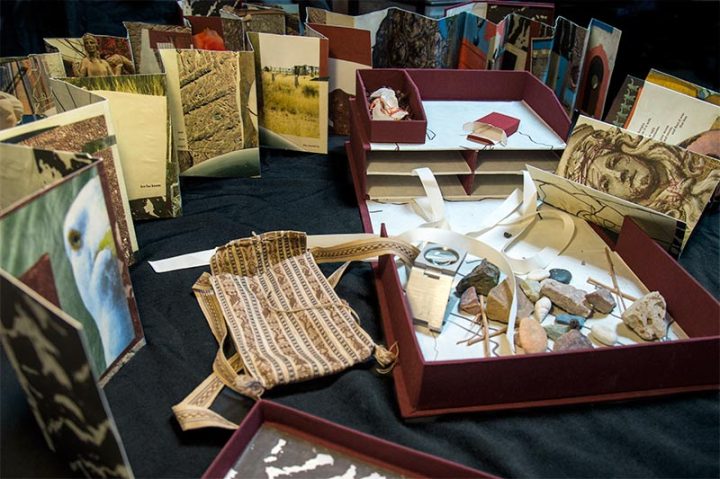 The experience of making the collages was liberating.  I had a bunch of old prints which I tore up and put back together heedless of the thought process.  Fast and dirty.  But since the old prints were printed on heavy watercolor paper, the ink cracked and seams broke open when I tried to make the accordion folds.  So I then scanned the collages and printed them on long-fiber Japanese paper, and lo….they were manageable.

Just as in childhood, I had to put the books away when Mother called.  So here is The Hunger Curios back in its cabinet. 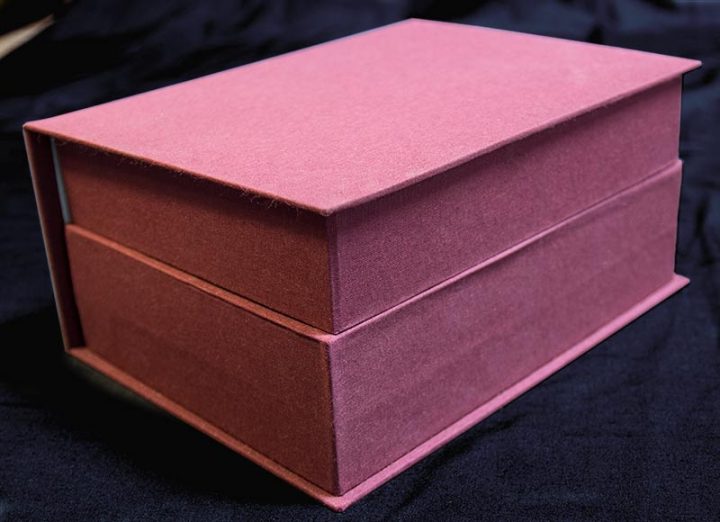 If you wish to read through the small books, go to www.jandove.com/index.php/artist-made-books/the-hunger-curios

Oola and I will be taking off in Mom’s Memorial Prius to attend a wedding in Texas.  I am planning on sending you a drawing or photograph a day.

One thought on “The Hunger Curios”