Yesterday we decided to find out what extreme North West in the L 48 looks like, land’s end.  So we took a 70 mile drive from Port Angeles along Hwy 112 and the Strait of Juan de Fuca to Cape Flattery in the west, all in Mom’s Memorial Prius.

Please click on any photograph to see an enlargement.

Roadside Wildflowers! At first the vetch was in full riot mode.

Then as we moved farther west we encountered Fireweed. 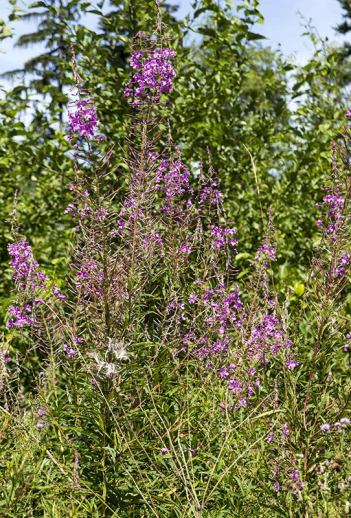 Even late in its season it fills the roadsides.  I saw it blanket a large swath of forest clear cut looking determined to defend and heal the land. 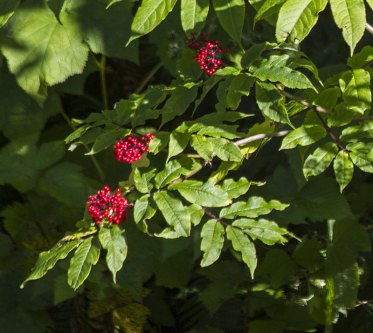 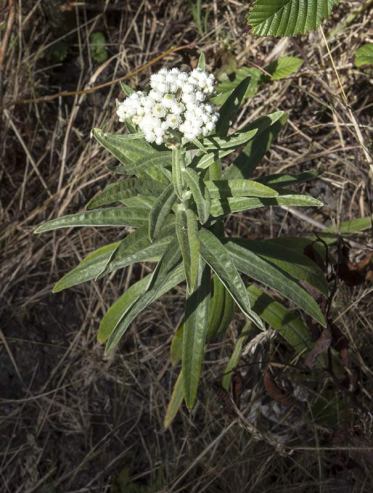 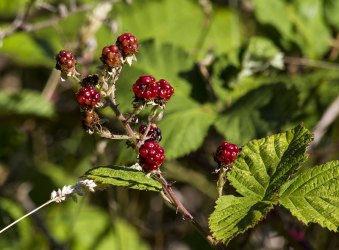 More and more wildflowers everywhere the eye landed.  Most of the names I do not know. A joyous extravagance!

Our first stop was a tiny town called Joyce with an old but well maintained general store/post office and – again – a love of colorful flowers.

There I noted two curiosities.  First a nearby building that advertized “Frozen Ice”.  Oola pondered: could there be another kind of ice?

Secondly, there was a small but closed museum.  In the museum yard there is a huge – I mean monstrous huge – tree stump with tackle.  The tree was eight-hundred-plus years old when it was cut down.  On the road I encountered dozens of lumber trucks, none of which held any logs that compared even minutely in diameter to this old stump.  The lumber industry cuts stuff down and ships it out on an industry time line.

The white tags say the tree was this old when the general store was built.

Not far down the road we saw this.

And considering events since the recent Charleston shooting it’s probably best to leave this a quote without comment…other than to say that there are folk in this area who like to go out into the woods and play survivalist games seriously.

Farther along the road we took a short turnoff to 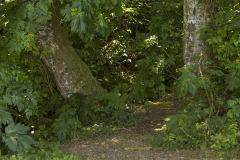 Great beauty, and as elsewhere along this highway, invitations to solitude and contemplation. UNTIL one looks up and sees this travesty at the top of the hill that creates Pillar Point:

Oola opined that the fog was looking for its missing trees.

Farther up the road we entered the land of the Makah Indians including Neah Bay.  I loved driving through their forest filtered light.

We stopped at a burial ground.  It was sad to see so many American flags.  So many have died as veterans of American wars.

Soon we were almost to the goal of our trip, land’s end.  One small problem, my knee was reliving an old injury, and as it turned out, I could not walk the last half mile of Cape Flattery to the Pacific Ocean.  Here is a google picture of how it looks from the air.

It was sore disappointing not to see the caves, waves, and spectacular ocean rocks, the photos of which I had viewed on Google maps.  But when the knee heals I will go back.

and back into Neah Bay where we were too late to see the Makah museum.  It was time to go home but there was one more adventure waiting for us.

We saw the first falling of leaves and realized that yes the days are getting shorter — back to the lengths we were used to at lower latitudes.  Just east of Neah Bay I stopped the car on a bluff overlooking the Strait of Juan de Fuca at the Snow River.

We were viewing the scenery when I observed people from the nearby car gesticulating and pointing cameras in the direction of the kelp beds below.  I asked what they saw and they said “a great big whale”.  Sure enough, Thar she blew! A big, languid, lithe, grey whale exercising her baleen in the shallows.  She was so big that even at our distance on the bluff we could hear the wind of her exhalation with the spray.

There was no hurry in her.  In fact – truth be told – she reminded me of those big, dramatic, brown slugs I used to find in the garden.  But she was magnificent.  My camera’s memory disk decided it was full, but there is one more picture.  Wish it were a video.

It was regrettable but we really had to make tracks.  And yes that really is a 9% downgrade – my favorite!

2 thoughts on “Trip to the Northernest Westernest”