This is how it was when we left for the Amtrak Station.  Snow and the possibility of black ice turned a two hour car trip into three and a half.  But no worry — we left plenty early. Right?

We arrived at the train station with 14 minutes to spare.  Then waited for the train for another hour.  Warm, clean and cozy inside the station, but the weather was not auspicious.  Slow progress due to snow, mud slides, flash flood warnings, heavy rain, waiting for freight trains, and

It’s the end of a long drought.  But not without its problems.  Least of which being that we arrived 8.5 hours late.  From which other problems ensued, which I will not go into here — other than to mention being stranded with night coming on with no rental car and having to be rescued by my calm and generous sister and her sidekick who had never driven through the ‘hood!

Art took a low priority on this trip.  But I did get some sketches on real paper with a real pencil.  You can click on any image to enlarge it. 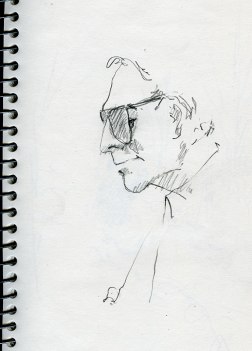 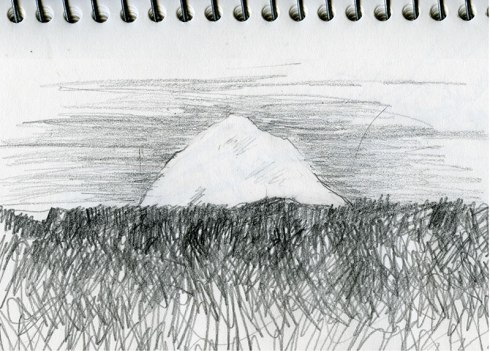 We got back ok.  Only two hours late on the return trip.  Oola sends wonderment and love.

View all of jandove's posts.